In the past few weeks, I have examined whether the PSSA deserves to be call a high-stakes test.   My conclusions have been:

If the evidence demonstrates that the PSSAs are low stakes tests, why does the “high stakes” label continue to be used?  (Examples here and here and here.)   What is going on?

What’s in a Name?  That which we call a “high stakes test” by any other name is but a …

When I started researching this topic a few months ago, I noticed that definitions of “high stakes” changed, depending on the source.  For example, Wikipedia’s generic definition of any high-stakes test, including those outside education, is hard to argue with:

A high–stakes test is a test with important consequences for the test taker. Passing has important benefits, such as a high school diploma, a scholarship, or a license to practice a profession.

An oft-cited 2000 journal article offers a definition that is also quite sound:

high-stakes testing … links the score on one set of standardized tests to grade promotion, high school graduation and, in some cases, teacher and principal salaries and tenure decision.

The definition above accurately reflects the historical rise of the term “high stakes” when Louisiana implemented testing for to combat ‘social promotions’.

Fairtest.org, an advocacy group that opposes most standardized testing, has broadened the definition a bit, they nevertheless remain faithful to the original meaning and maintain a high bar:

Tests are called “high-stakes” when they used to make major decisions about a student, such as high school graduation or grade promotion. To be high stakes, a test has to be very important in the decision process or be able to override other information (for example, a student does not graduate if s/he does not pass the test regardless of how well s/he did in school).

However, others (especially advocacy groups) have tampered with the definition.    EdGlossary.org, for example, lowers the bar:

A high-stakes test is any test used to make important decisions about students, educators, schools, or districts, most commonly for the purpose of accountability—i.e., the attempt by federal, state, or local government agencies and school administrators to ensure that students are enrolled in effective schools and being taught by effective teachers. In general, “high stakes” means that test scores are used to determine punishments (such as sanctions, penalties, funding reductions, negative publicity), accolades (awards, public celebration, positive publicity), advancement (grade promotion or graduation for students), or compensation (salary increases or bonuses for administrators and teachers) 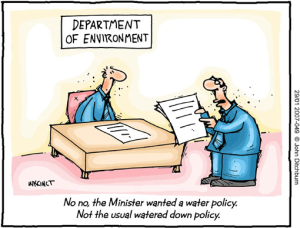 Several journal articles by scholar-advocates also try to water-down the definition.  One highly-cited article defines “high stakes testing” as any test with “serious consequences”.  (I call this professor a scholar-advocate because she authors a widely-read blog that advocates against the use of standardized tests to measure student growth and teacher effectiveness.)   A vague definition like “serious consequences” does not narrow down the universe of tests very much.  Are there any tests that don’t have consequences that some might subjectively consider ‘serious’?

Another highly-cited article further lowers the bar, stating that a test is “high-stakes” if results are merely reported to the public:

As part of the accountability movement, stakes are also deemed high because the results of tests, as well as the ranking and categorization of schools, teachers, and children that extend from those results, are reported to the public. 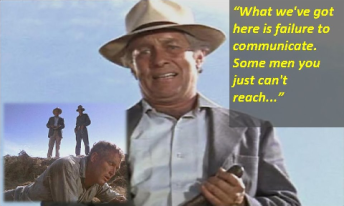 A tell-tale sign that a subject has become politically-charged is when words lose their natural meaning.   Phrases that once conveyed an objective claim about reality become slogans.  And the slogans become slippery ways to stack the argument in one’s favor rather than facilitating an honest exchange of ideas.

If you have been reading along in this series on Standards and Testing, you may be having a feeling of deja vu.  This is not the first time we have encountered slogans disguised as arguments.

“Teaching to the Test“, “Narrowing the Curriculum”, and “Punishing Teachers” are several of the slogans frequently found in Op Eds,  advocacy pamphlets, and Opt Out websites.  But upon close examination, these slogans usually don’t stand up to scrutiny.

It is the same with “high stakes testing”.  PSSAs can only be called “high stakes” is if the definition is watered down beyond all recognition.

There are many discussion worth having about standardized tests.  For example, how should we use test results to improve curriculum, instruction, and help students achieve their full potential?  Can we reduce the frequency and the amount of testing overall while still achieving the diagnostic needs of the district and informing citizens and parents about school performance?   But the politically-charged and misleading slogans like “high stakes testing” impede real discussion on how to best implement and fine tune standards-aligned testing programs.

So can we drop the phrase “high stakes” and just call the PSSA a state-wide standardized test?  And then, perhaps, we can have an honest discussion of the merits of using the PSSA as one measure of student and school success.   If we abandon the slogans, perhaps we can have a more productive dialogue.